My day working the polls 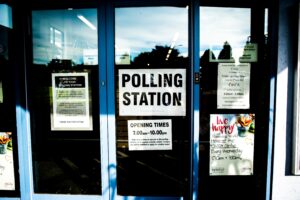 Earlier this month I was asked to help work the polls during my state’s primary election day. Two of my neighbors who I also know from my women’s only gym have been working the polls alongside a small group of other women for decades now and I was honored to be asked to join them. In all honesty I had always admired the folks who “man” the polls during elections. I often wondered what that job was like. So, I said yes with no questions asked and showed up at 6 am with a soft packed cooler of food and drink and a book. I figured there would be some downtime during the day and I always like to have with me a book I am reading and a pile of magazines I am behind on reading.

I had voted several times in the three years we have lived in Hopewell Township and had casually seen the whole setup in the township building, but now I was going to experience every minute of it. 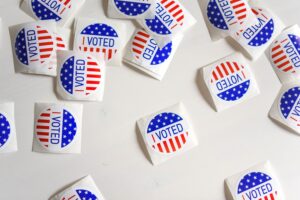 There were new voting machines to be put into operation and since this was during the whole Covid-19 global pandemic situation, new protocols were in place to keep the community safe during the voting process.   We had tape to place 6 feet apart on the floor for people to wait in line, lots of hand sanitizer and wipes for the machines to set out, cotton swabs for people to use to sign their names and also choose their selections on the machines. There were signs to put up everywhere. Mrs. Black was in charge and this is a charming woman in her 80s and I was amazed at her energy. We did what we were told and at 7 am we were ready and opened the polls.

We had an armed constable to keep the peace I guess and a parade of residents came in throughout the day. There were plenty of farmers fresh from the fields, several mechanics in uniform and covered with grease, families showing their young children and grandkids about the whole democratic voting process, couples, singles and people of all shapes, sizes and ages. What I did notice and I had already figured this out from living in this community, we didn’t have anyone of color come to vote. We live in a rural community where there isn’t a lot of diversity. It isn’t an issue, it just is.

I bring up diversity because at this time there were lots of protests, demonstrations and rioting happening in large and small cities around the country due to a recent horrible incident involving Minneapolis police officers and an African American man, but there wasn’t even a mention of any of those things here. This reminded me of a Norman Rockwell idyllic drawing of peaceful, caring people coming to cast their vote and visit with their neighbors and friends.

I loved seeing people gathering several feet apart but talking about and celebrating babies being born, showing concern for those who are ill or passed away, passing on information about who might need some assistance and help and everything in between. Many people were discussing the economic issues facing our local businesses. Many people’s businesses had been on a mandatory shutdown and we were all feeling the effects of living a smaller, closed-in life.  I was so pleased to meet many new folks and do some networking.

In the 14- and one-half hours that I worked the polls, there wasn’t one incident of anything even remotely upsetting or stressful. Yes, we had some blips with people not showing up on the record and one ballot wouldn’t feed into the machine, but all those minor and few issues were resolved and in addition to the previous mail-in ballots, we had a showing of less than 150 bodies come and cast votes. I learned the we had 600 registered voters in Hopewell Township and I was surprised at finding out who was and was not registered. I have always felt voting is an important responsibility. 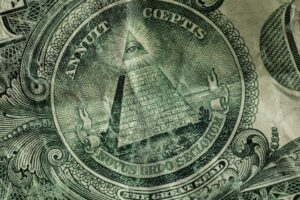 In amazing and unexpected news, I was paid! When my friend Minna, who recruited me, announced I had paperwork to complete so I could get paid, I said, “I am getting paid?” Honestly, that had never occurred to me. I thought this was going to be yet another thing someone asks me to do that is a volunteer thing. Happy day! 😊 So, leaving the farm for an entire day was going to put a little jingle in my pocket. Cool.

There were plastic cards we gave everyone as they signed in and they were not surprisingly red and blue so everyone knew who everyone was voting for and in the primary, you could not do any straight party votes nor vote for the other team. It didn’t matter who you cast your vote for, there wasn’t any discussion, argument or anything. People voted and either ran out to continue the rest of the lives or hung out a bit to catch up with neighbors. I loved every minute of it.

When Shirley’s husband of more than 60 years I believe came in, seeing her get so excited and tell us all that her heartthrob was here, just tickled me. I was also excited when my husband came in and I had told the girls to prepare for long rock star hair on him. Since this was near the end of lockdown for hair salons, everyone came in with 3 months of roots and unkempt hair unless they were able to take care of those grooming issues themselves. Again, no one cared about any of that. Everyone was here to do their civic duty.

By the end of the day, we were all tired and even my usual perkiness was wearing off. The last resident came in at 7:58 pm to vote. Then we took down all the signs, packed away all the supplies, printed out the final voting tally, locked up all the machines, gathered all the important paperwork, signed off on everything and went home. I am really happy that I participated in this and was asked to come back in November so I guess I did a good job. Now, I can say that I am one of those people I admired who worked the polls and I was pleased to do it.

I also admired those women who run around in gym clothes carrying yoga mats and water bottles and look sweaty, fit and contented. I’m one of those gals too and look forward to seeing all my sisters from the voting booth at the gym now that this is again a place we can go!!! I love that I have a community of supportive and active women who do all sorts of things, are so much to so many and are there for each other.

Who knows what adventure awaits me next but I’m looking forward to learning and doing it whatever it is! Bring it on!